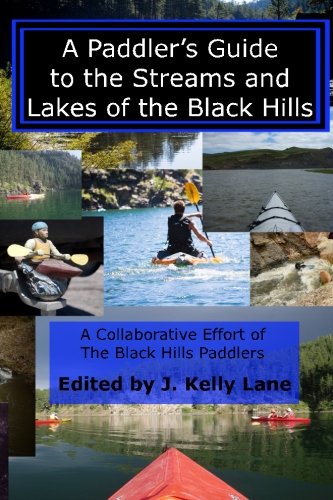 The Black Hills of South Dakota is virtually unknown as a paddling destination.

We often call the Black Hills an island in the prairie. We are a small, 100 by 100 mile bump in an otherwise unforgiving ocean of prairie. Still, being nostalgic, if we are an island in an ocean there must be some water? There is, although the amount is highly variable. The entire Black Hills drains into the Cheyenne River, via its own headwaters, Rapid Creek, and the Belle Fourche River. Most of the waterways out of the Black Hills have multiple man-made dams for flood control, irrigation and recreation. One little nugget of trivia about this island in the prairie: there are NO natural dams in the Black Hills. Naturally, all of the water washed out of the Hills, rejuvenating the surrounding prairie and recharging the Madison Aquifer below. Regardless of how you feel about dams, the resulting lakes are a good source of recreation, including recreational and flat water boaters. What about paddling those artificial lakes and the creeks rushing out of the Black Hills? They have been a well-kept secret, known only to a few dedicated locals, and now to YOU!