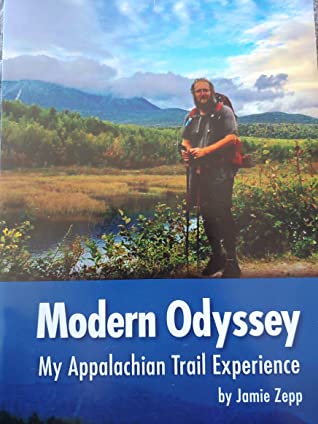 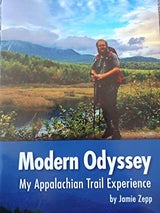 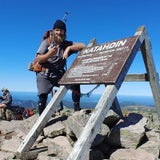 Eleanor Roosevelt said “you gain strength, courage, and confidence by every experience in which you really stop and look fear in the face.”

Jamie Zepp did that and, oh, so much more. Jamie always believed that life was not about the accumulation of possessions, but about tending to relationships and the internal growth of the spirit. Each day of his 45 years of life, he woke up with the thought that today he was going to give his best to the world. And he did. He laughed, he inspired, and he encouraged those around him. He challenged himself by trying things he did not think he could do.

A Regional Emmy Award winning television Sports Director and Sports Anchor, Jamie gave it up to hike the entire length of the Appalachian Trail… 2190.9 miles from Georgia to Maine. He did it not because he knew he could finish, but because he wanted to try. Jamie finished his hike, and then set about writing this book to share his experience with others.

Jamie and I always joked that his book should be called “Keep Moving Forward And Try Not To Die: Wisdom I Learned From Hiking The Appalachian Trail.” More than anything, Jamie hoped that others could find their own truths within and be inspired by the pages of his book.

Sadly, Jamie died suddenly, two years to the day after he began his hike. But the wisdom Jamie gathered on the trail and over the course of a life well lived did not die with him. He left behind a manuscript. That manuscript is now a book.

Published after his death, Jamie’s book tells his story and the truths he discovered hiking the Appalachian Trail and on the longer, but still much too short, thru-hike that was his life.

All net proceeds of this book will go towards the Jamie Zepp Memorial Scholarship. This scholarship will be given annually to a local high school student to advance his/her education.